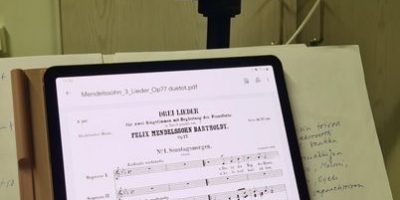 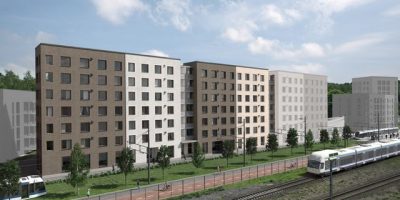 Hei kaikki! My name is Samuel Rouleau and I am a Canadian student in Helsinki. I study bassoon performance at the Sibelius Academy as part of an exchange program with my home institution, McGill University in Montréal, Canada. I am living in a shared apartment in Käpylä, more precisely in Olympiakylä, for the year and I fell in love with the neighbourhood the day I moved in.

Let’s go a little bit back in time to understand how I got to where I am now. Firstly, my main passions in life are music, languages and travel. I have therefore always been fascinated with the concept of exchange programs and studying abroad. To be able to study what you love in a foreign country which allows you to travel is and always has been a fantastic idea to me. I have been in contact with exchange students from my high school until this day and actually just visited them in Switzerland and Italy during my time in Finland. So it’s safe to say exchange students and programs have been a part of my life for a long time, but I had never been the one going on exchange.

I had considered the idea in my first year at McGill University, but some say it is difficult to go on an exchange while studying classical music performance, since the relationship with your fellow students and teacher is so close and personal. I decided to look it up anyways, and halfway through my second year I found that my school offered an opportunity to study abroad in Finland at the Sibelius Academy. I had heard great things from the school, and Finnish had always been a language that fascinated me but scared me at the same time because of its uniqueness and stereotypical difficulty to learn. I thought to myself that this would be a perfect opportunity to study music at one of the best music academies in Europe and learn a unique language and explore a culture that is not widely known. In short, I applied, auditioned and got accepted by the school, and a few months later I found myself on a plane towards Helsinki about to live one of my biggest dreams: to be an exchange student.

During the summer, I was looking at apartments a bit everywhere, asking friends and teachers in Helsinki for help, but ended up finding roommates on a vuokra-asunto Facebook group with whom we found a perfect apartment in Käpylä. The apartment is extremely conveniently located, near main buses and Puu-Käpylä, very spacious and well lit. I have been very happy living here since August, and am looking forward to keep enjoying it until June. Having recently joined the Käpylä Facebook group, I am looking forward to being more integrated in the community and learn more about Finnish language and culture with my neighbours!